Below is a list of some films you’d really want to watch. Some of them are no less than mind blowing, the kind that makes you wonder – “how come the whole world hasn’t heard about this?!”. Well, through this piece you now have the privilege to learn more. Share the news: Nutrition Changes Life. 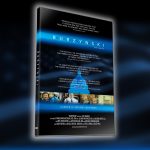 What would you say if someone told you that there might be a natural, gene-targeted and pain free cure to some of the deadliest forms of cancer which do not respond to chemo, radiation or surgery? And if they further told you that this treatment was available in the US, and that you didn’t have to be a millionaire to benefit from it? Surely you’d wonder how come you’d never heard about it. Watch this inspiring film and circulate it as widely as possible as a message of hope to those in true need. A note: the antineoplaston treatment shown in the film is currently only used in clinical trials on patients with brain cancer. For other types of cancer the Burzynski clinic offers gene-targeted cancer therapy in combination with low dose conventional methods with greater success rates than conventional treatments only. 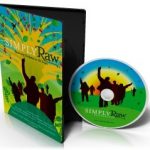 An independent documentary film that chronicles six Americans with diabetes who switch to a diet consisting entirely of vegan, organic, uncooked food in order to reverse disease without pharmaceutical medication. Result? They’re off medication within 5 days and diabetes-free within 30. Inspiring, moving and uplifting. The movie the pharma industry would really rather you didn’t watch.

There must be something about a 1.5 hour academic lecture about the effects of fructose that makes 1.5 million viewers want to watch it on YouTube.  Robert Lustig, Professor of Pediatrics, explains in this popular video the damage caused by sugary foods. He argues that fructose (too much) and fiber (not enough) appear to be cornerstones of the obesity epidemic through their effects on insulin. It turns out sugar and inferior carbohydrates contribute much more to overweight, heart disease and diabetes than all the (good) fat put together. Check it out, or watch the short, light-hearted and no less effective version here. 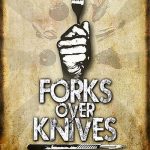 This film, released in the US in May 2011, examines the claim that most, if not all, of the degenerative diseases that afflict us can be controlled, or even reversed, by rejecting animal-based and processed foods. The idea of food as medicine is put to the test: can degenerative diseases like heart disease, type 2 diabetes, and even several forms of cancer be prevented – and even reversed – by adopting a whole foods, plant-based diet? The answer is: Yes, they definitely can! 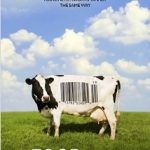 This film, a 2009 Oscar nominee, reveals some shocking truths about the American food industry (Europeans shouldn’t be lulled into a false belief that their food industry is much better; it’s just better hidden from view). What we eat, how it’s produced, what it does to us and what it does to those involved with it is what this film is about. A true eye opener with some pretty gruesome scenes. Yes, precisely those that show how your food is made.

The Real Dirt on Farmer John 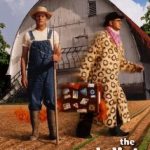 Issues with blood sugar that’s out of control lie at the basis of most if not all the chronic diseases we know and don’t love – overweight, heart disease, diabetes, high blood pressure, some forms of cancer and countless other ill-health symptoms. For an energetic and fun-to-watch explanation of blood sugar irregularities check out this short film from Underground Wellness.  I love the guy! 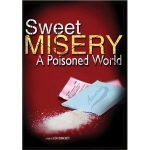 This documentary is a close examination into a controversial topic: aspartame toxicity. It attempts to look at what is definitively known about aspartame and discovers that aspartame may be a lot more dangerous than we would believe it to be. This documentary is sure to open eyes to the possible dangers of what lurks in our food.